SDNY.ORG is a counter-speech site to provide the truthful narratives about the dozen politically and financially motivated “social media investigative journalists”.  Periodically, these crisis actor players engage in public shaming and smear campaigns.

This person is considered to be a second-tier social media crank that struggles to gain more exposure within the conspiracy industry.

The attorney for Rep. Devin Nunes (R-CA) could face court sanctions after receiving a pair of warnings from judges.

Steven Biss is representing Nunes and others in a variety of lawsuits, and some of the individuals and organizations they’re suing have asked judges to punish the attorney for filing complaints accusing news outlets and Democrats of conspiring to hurt his clients, reported The Fresno Bee.

Hey, don't use Raw Story. They just pump up others' stories. Link to the original @kateirby piece in the @FresnoBee. Which is a really good piece, too! Really details the garbage #StevenBiss, who is #DriveThruDevin's attorney, is up to + judges had enough
https://t.co/MewzlpVoRF

Wow some new findings today. George Webb wrote a book about their dad's radio life, pretending to be the dad.

Biss got a degree in military intelligence BEFORE law school pic.twitter.com/WsoTQ7oQMH

So there's this guy on the internet who goes by Ray and he currently holds the record for longest Twitter thread about Steven Biss, his wife, his court cases, the company he allegedly keeps, and a cow, @DevinCow to be exact.

Imma try to beat his record…

Twitter is demanding that Rep. Devin Nunes’ lawyer pay its legal fees in a new court filing responding to one of the Republican congressman’s attempts to identify anonymous people who heckle him online.

Nunes is suing Twitter in a Virginia court, but the new filing is part of a lawsuit that is not related to the California lawmaker.

“Since the outset of that case, Mr. Biss has fought repeatedly — and unsuccessfully — to unmask the identity of the person(s) speaking anonymously through the @DevinCow account,” Twitter’s attorneys wrote. “And now, Mr. Biss is trying to use a federal court subpoena to effectively short circuit the Virginia state court’s ability to properly address and resolve those still-ongoing discovery disputes in the context of the Nunes case.”

Biss faced a year-long ban from practicing any law in Virginia starting in 2008 stemming from his work in a case where a company was accused of making fraudulent financial statements in a bid to take over another business.

In sworn statements submitted as evidence in other cases, Biss’s legal adversaries said he has approached them with what they regarded as unethical requests to testify and threatened to sue them.

“Biss claimed he had a number of issues in his past that showed Biss would do anything to defeat anyone and he would not rule out breaking the law,” a lawyer suing Biss for slander said in a court affidavit in 2006. The lawyer eventually dropped that lawsuit against Biss.

Other public records show Biss has been litigious in his personal life. Last year, he was evicted by his landlord of 13 years. Biss appealed his eviction for eight months before surrendering the property, owing both the back rent and thousands of dollars in legal fees.

Nunes’ lawsuits have given Biss a national platform – even prompting other DC officials such as Kash Patel, a former Nunes aide and current White House adviser, to employ Biss in their own defamation suits. Biss also has threatened to sue another congressman, Rep. Ted Lieu, on behalf of Nunes.

Devin’s ATM Machine goes by the name of Ed Butowski. Butowski is a staunch Donald Trump supporter, who also writes articles for Breitbart News. He got his start with Morgan Stanley as a financial advisor and he is now worth around $3 Billion.

In June of 2019, Devin’s idiot “attorney” Steven Biss filed a defamation suit on behalf of Ed Butowsky against NPR for $57 million in damages. NPR reported on a federal lawsuit that alleged Butowsky worked with the White House to influence a retracted Fox News report on conspiracy theories about murdered Democratic National Committee staffer Seth Rich.

In his complaint, Butowsky alleges that NPR’s reporting was intentionally biased against him. NPR in statements on the lawsuits has said it stands by its reporting.

This is a reminder that @DevinNunes “attorney” Steven Biss is a jackass. Item #422: Biss filed a defamation suit on behalf of Robert David Steele. Steele claimed that NASA was running a child slave colony on Mars.

For all of those that are tweeting me about Cassandra Fairbanks being served in the Butowsky vs NPR lawsuit, I was served in that lawsuit over a month ago…

All I can say to her is welcome to the club…

I’m well aware of that suit, thanks..

81 people are talking about this

The Malchemist@realDougStew
· Feb 6, 2020
Replying to @RVAwonk and 11 others

Lmao. So weird. This is from the phone number listed on Luke O’Brien’s twitter

Trevor Fitzgibbon introduced Butowsky to Ellen Ratner and to Defango/Thomas
*Attached is a conversation between Fitzgibbon and ER. 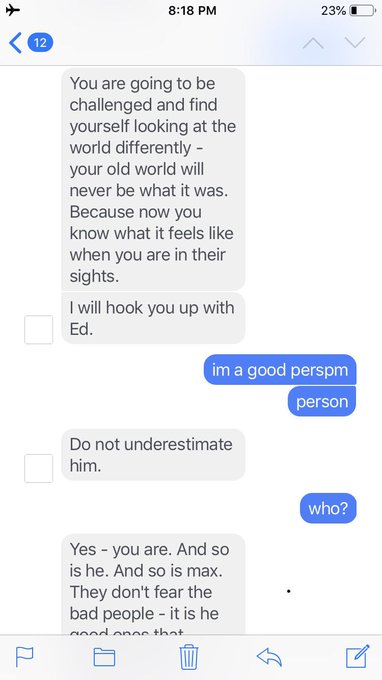 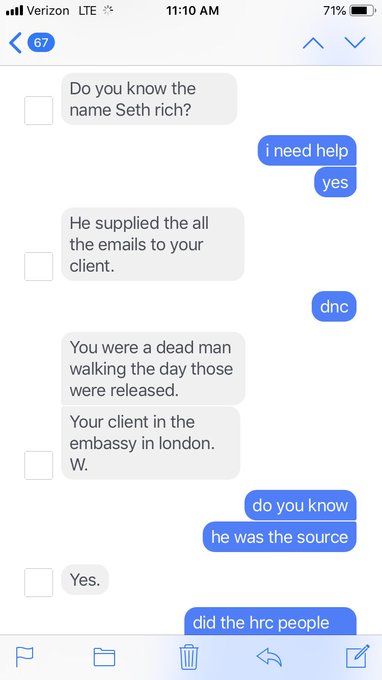 What hint do you have to give? You’re gonna claim special knowledge like Kim and Craig Murray? lol

You need to follow the Ed Butowsky trial. There are about 6 or 7 completely different and unrelated sources. Also, former NSA technical director Bill Binney (who is a mathematician) has stated that the leak came from inside the DNC from a download to either a thumb drive or a CD.

FAIR USE NOTICE: This site contains copyrighted material the use of which has not always been specifically authorized by the copyright owner. We are making such material available in our efforts to advance understanding of criminal justice, political, human rights, economic, democracy, scientific, and social justice issues, etc. We believe this constitutes a fair use of any such copyrighted material as provided for in section 107 of the US Copyright Law. In accordance with Title 17 U.S.C. Section 107, the material on this site is distributed without profit to those who have expressed a prior interest in receiving the included information for research and educational purposes. For more information go to: http://www.law.cornell.edu/uscode/17/107.shtml. If you wish to use copyrighted material from this site for purposes of your own that go beyond fair use